Sunday July 24th saw possibly the largest B7 Audi RS4 gathering ever.  33 cars were on display at the Old Lodge in Malton, North Yorkshire.  A wonderful turnout, excellent ambiance and sunshine to boot!!

Prizes were awarded for the best Saloon/Cabriolet, Avant, the car you would most like to take home and a lucky dip.  Discussion and pictures are in the RS246 Forum. A big thank you to Opentrack for an excellent day at Cadwell Park.  A small group of RS246’ers went along with something old, something newer and something driven like it was stolen!!! 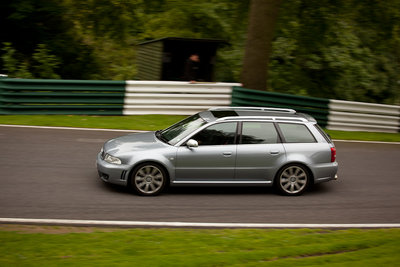 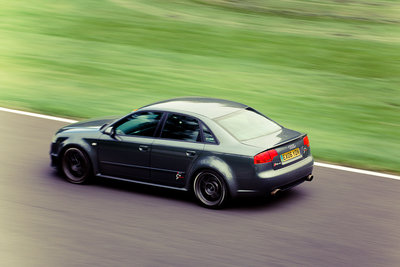 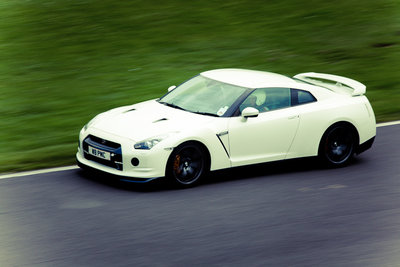 Ingolstadt/Munich, July 17, 2011 – Edoardo Mortara has confirmed that his victory at the DTM’s debut in Munich’s Olympic Stadium on Saturday did not happen by chance. The Italian Audi racer in the Playboy Audi A4 DTM of Audi Sport Team Rosberg reached the finale on Sunday as well.

54,000 spectators (throughout the weekend) saw a successful DTM show event on the 1.190-kilometre track. On both public days the finale, despite different race formats, pitted Edoardo Mortara in the Audi against Bruno Spengler in the Mercedes-Benz. After the 24-year-old Audi driver had prevailed against the DTM leader of the standings on Saturday with an advantage of 0.366 seconds “Edo” again fought a close duel for the day’s victory with the Canadian on Sunday. The decision was made when Mortara touched the track barrier shortly before the finish and was forced to retire.

On the way to the finale on Sunday Mortara had clearly prevailed against the Mercedes drivers Susie Stoddart, David Coulthard and Renger van der Zande in the respective heats. The Audi driver was on a par with Bruno Spengler up to the third of five laps and only lost some ground after the pit stop. “I tried everything to win again today,” said Mortara. “My Audi A4 was again super-fast. But a very small mistake on this track is all it takes to end up in the wall. It’s really difficult here.”

Mattias Ekström (Audi Sport Team Abt Sportsline) and Martin Tomczyk (Audi Sport Team Phoenix) made it into the quarter-final on Sunday. Ekström clearly won the race against Renger van der Zande. However, a controversial time penalty meant an early end of the competition for the three-time winner of the “Race of Champions” and co-favorite for the day’s victory. On the way to the start the Swede had turned around his Red Bull Audi A4 DTM by intermittently hitting the gas pedal to please the crowd. “I just wanted to do something for the fans. After all, this was a show event. It’s too bad that I was punished for this,” said a disappointed Ekström.

Filipe Albuquerque, Timo Scheider, Mike Rockenfeller, Oliver Jarvis and Miguel Molina, who had won the relegation against Rahel Frey in the morning, were eliminated in the eighth-final.

“We’ve experienced a great event in every respect and have probably won many new enthusiasts for the DTM,” commented Head of Audi Motorsport Dr. Wolfgang Ullrich. “This is exactly what we wanted to achieve through this show event. I’d like to thank everyone who made this event possible. We’ll be happy to return.”

The next championship race of the DTM is on the calendar for August 7 at the Nürburgring. Martin Tomczyk as the best Audi driver is the runner-up in the standings, just three points behind Bruno Spengler. The hero in Munich, Edoardo Mortara, is the best DTM rookie at the season’s midpoint.

Dr. Wolfgang Ullrich (Head of Audi Motorsport)
“It was thrilling through to the end. It was also exciting to watch that the decision format differed on both days but that the same drivers reached the finale. Until Edo’s (Mortara) retirement the battle was equally close. Anything was possible. But one thing was certain: This DTM show event was first-class advertising for motorsport.”

Edoardo Mortara (Playboy Audi A4 DTM), finale
“A fantastic weekend with first and second places. I’d have liked to win again today. I was at the limit but Bruno (Spengler) couldn’t be beaten. I’m hoping to be able to repeat these results at the next races. I’m disappointed about having damaged the car because our task had been not to cause too much damage.”

Oliver Jarvis (Audi Sport performance cars A4 DTM), eighth-final
“Unfortunately someone unplugged my tire warmers and I had to start on cold tires, so I had no chance. It was disappointing to be eliminated. But it was a tremendous event; I watched the rest of it from the stands.” Eagerly awaited Audi model debuts, past masters and potential stars of the future congregate at annual celebration of motoring in West Sussex

Hot-off-the-press additions to the Audi model range will vie for attention with hero cars from the brand’s past and present and potential stars of its future at this weekend’s Goodwood Festival of Speed (1-3 July). An anticipated 150,000 visitors will descend on Goodwood House near Chichester, West Sussex for this celebration of the best of motoring and motorsport through the ages, and as usual Audi will have a major presence.

Stand-out stars from the present day Audi portfolio will include the Q3 compact SUV, the 340PS RS 3 Sportback, the A6 Avant and the breathtaking 560PS R8 GT Spyder, all of which make their UK public debuts at the Festival. A potential legend-in-the-making  – the critically acclaimed lightweight aluminium, five-cylinder, 408PS quattro concept – will also be on hand to show how the revered Sport quattro of the Eighties could possibly be rocketed into the future.

On the competition front, the Audi R18 TDI sports prototype will be looming large in the F1 paddock in commemoration of the tenth victory for Audi in the 24 Hours of Le Mans marathon race earlier this month. One of the three winning drivers, Germany’s André Lotterer, will drive the innovative diesel-powered racer up the hill course at Lord March’s estate.

Another legend destined for the hill will be the 1985 Audi Sport quattro S1 rally car,  featuring the world-famous quattro all-wheel-drive technology which changed the face of rallying. One of its star drivers, Hannu Mikkola, who won the FIA World Rally Championship in a quattro in 1983, will be behind the wheel again over the weekend.

Meanwhile, Audi Tradition will also look to the past with two 1930s Auto Union “Silver Arrow” Grand Prix cars which will be piloted by Pink Floyd drummer Nick Mason and Audi’s 1990 German Touring Car Champion Hans-Joachim Stuck. DKW, one of the four brands which joined forces to form the Auto Union marque which eventually gave rise to Audi, will also be represented by two pre-war motorcycles: a DKW SS 250 (1937) and a DKW SS 350 (1939).